Not landing the audition is NOT a failure. Yeah, right. 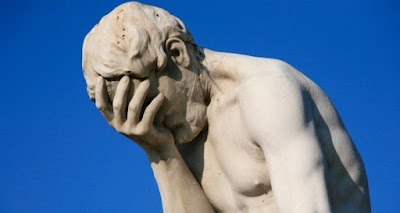 People who know the power of positive thinking realize that failing to land an audition is not really a failure. Nor is it rejection. The positive way to look at it is this: You just weren’t the one person they selected.
Easy to say. Not so easy to feel. So here’s some help
Although not landing an audition is disappointing, even frustrating, it's part of the acting business. Another part of the acting business is knowing which auditions to try out for, and understanding what you can learn when you don't get the role.
Nobody ever wins everything. Just as not even the best batter in baseball will hit perfectly over an entire season (in fact, a 30% average is considered good), no actor ever won every role they were up for in the course of their career. The key is to know which roles to try for, and when you don't get the part, learn how to learn from the experience, or (eventually this will be the usual case) simply slough it off and move on.
Is that easier said than done? Probably. But putting missed opportunities into perspective is easier when you look at them as variable situations, filled with gray areas, and not absolutes.
Still, not landing a role feels like a downer to some extent. The key to handling that feeling is to avoid considering it a setback. It's a one-time thing. Unless it becomes a long-term pattern, let it pass and move on.
Even learn from it, if you can. Maybe there's a trend, or maybe you pushed the envelope too much, or too little.
If you're at an impasse, or just can't land any auditions (or have lost more than you think is appropriate), that's your cue to get feedback and recommendations from an experienced expert. You might even consider a review consult with our Chief Edge Officer, David Goldberg.
thttps://www.edgestudio.com/blogs/not-landing-audition-not-failure-yeah-right
Posted by Unknown at 10:16 AM